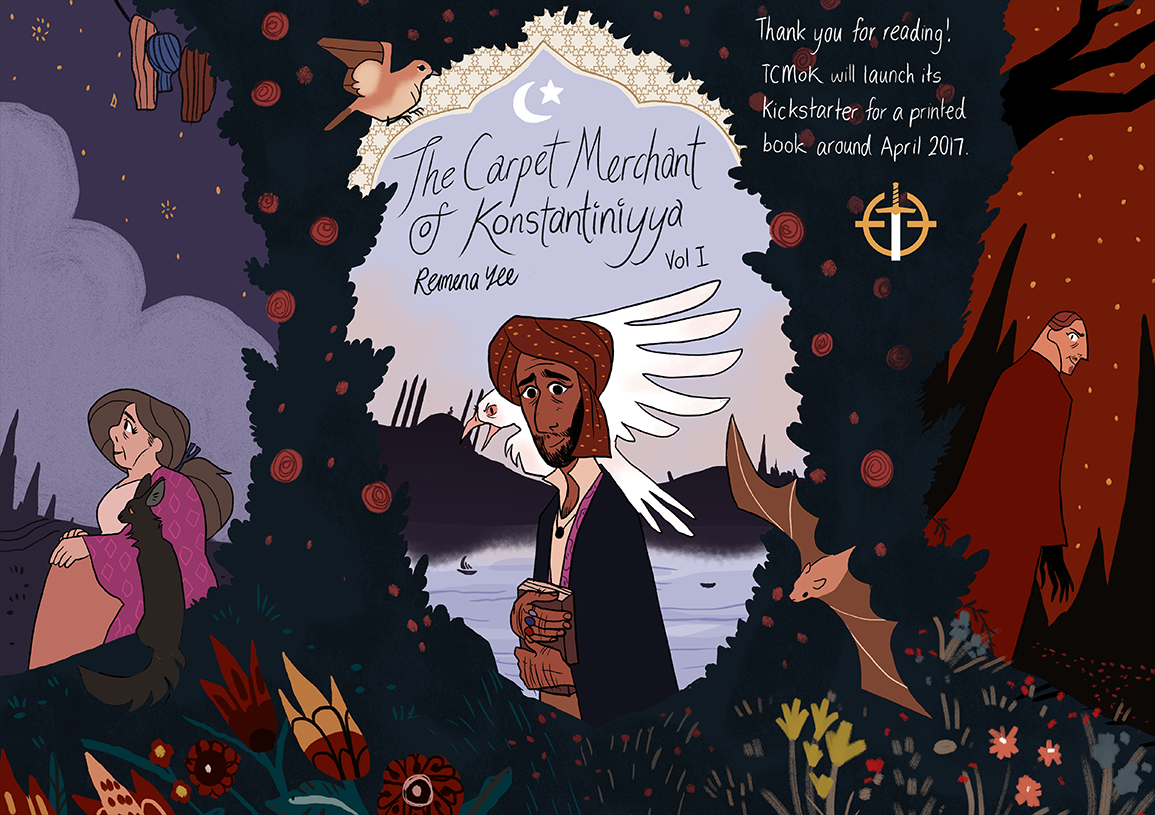 I hope you’ve enjoyed it, and thanks for reading! It’s been a pleasure spending time with these characters (I love them like my own children), and doing the research for the artistic/historical aspects of 17th century Istanbul. I apologise if I’ve made any blunders throughout the writing, and I won’t hesitate to admit that I may have missed a few things here and there. But in the end, both in the act of storytelling and living to our greater principles, we’re all just flawed people trying our best.
What I do hope for, though, is a representation that is closer to the complex, living, amazing, and sometimes mundane reality of a people who happen to belong to a certain faith. Basically, something more reflective of my life as a citizen of a Muslim-majority country – where the adhan is my alarm clock, where nearly everything I eat is halal, and where our diversity is celebrated as a national pride on a grassroots level. This is the truth that I wish to convey and hope is made evident.
The Carpet Merchant of Konstantiniyya is intentionally focused on compassion, love and gentleness – all things that are part of the core message of the Quran, if one actually reads it, and in context. I did this because elsewhere we’ve more than enough misinformed, ignorant narratives of Islam devoid of context and first-person sources, and if we’re going to counter this narrative, we need to give ourselves knowledge and understanding. Plus I personally felt there isn’t enough mention of this side of Islam (or any other religion) in webcomics – the side that can provide comfort and solace in the heart of its believers, and show them that there can be hope even in the face of personal/external tragedy, because of their belief that God will always take care of them.
I apologise for not having the space or the time to explore the other aspects I’ve left out. But that’s alright anyway, since those aspects are not essential or in service to the narrative, and – this is obvious – it is impossible for one story and one person to do this (also: don’t expect minorities to somehow depict EVERY SINGLE EXPERIENCE of a minority race/religion/etc that somehow also miraculously satisfies everyone, including you). Besides, there are already stories by Muslims out there that tackle a variety of experiences and aspects of their diverse community in ways that may even surprise you, and I highly recommend that you actively seek and support such material.

Below, I’m providing a list of journals, books, courses, materials, as well as names of the Turkish art forms that I’ve featured in this comic. As well as 1-0-1 introductions to the study of religion, which is important in providing vital analytical tools for understanding any religion in the context of history, culture, geography etc, especially if you’ve coming from a non-emic perspective. I’ll also slip in primers about the basics of Islam and its history.

I also want to feature comics, books, and movies made by Muslims, and featuring Muslims (not exhaustive, just what I can remember atm)!

Chapter 3 and Chapter 4 are planned for this year and will return shortly. This final half will deal with the plot threads I’ve left untied, the philosophical/moral/personal consequences of Zeynel’s actions, and of course, Mora Strigoi.