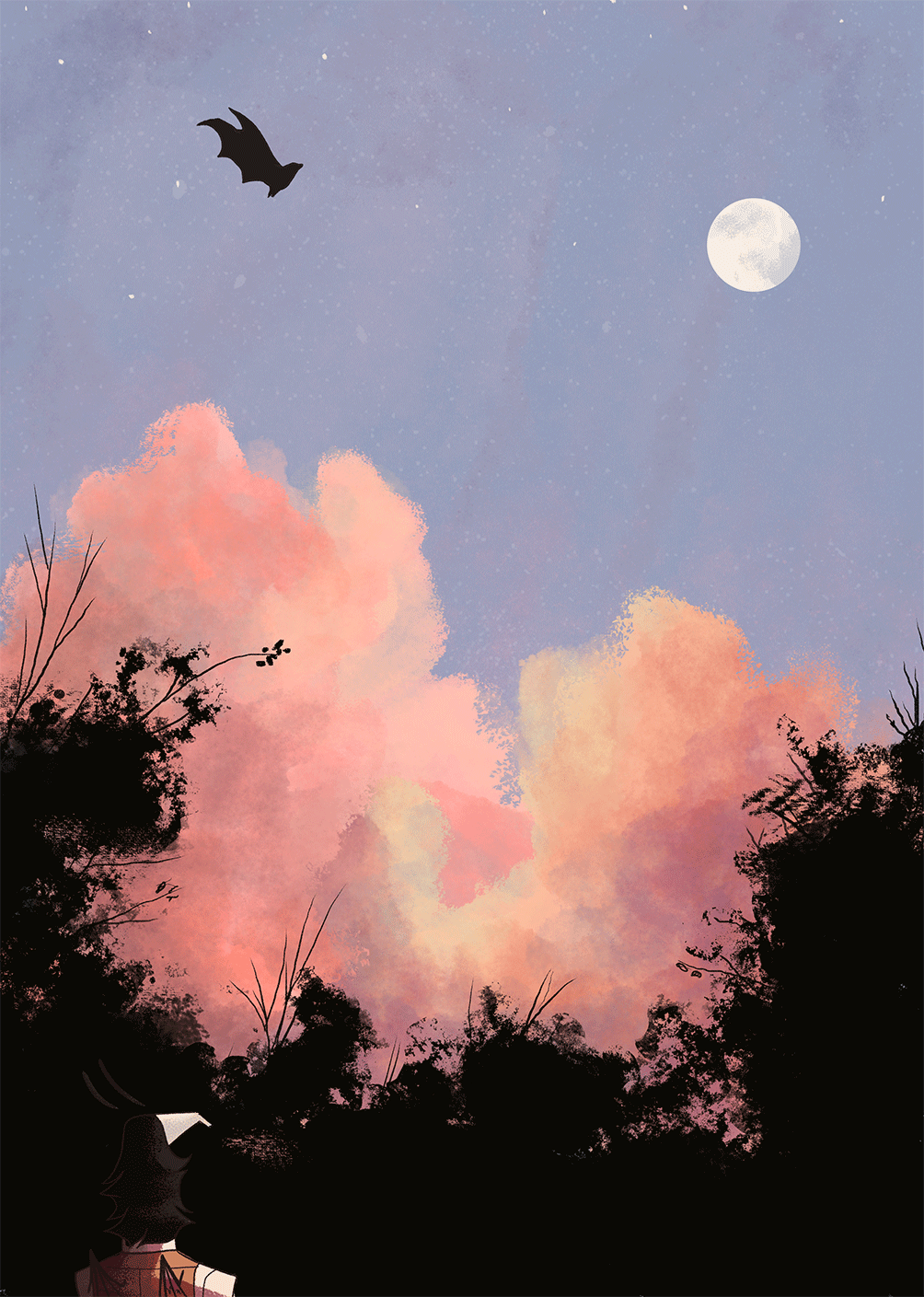 I bet y’all are wondering where the heck is this newfangled chaplette I said I was excited about. Just so you know: yes, I was working on it. But…was?? Yes indeed I was. Because funnily enough life decided to throw the barrel over my head and flood me with tons and tons of stuff. Here was what happened:

January:
I finished writing my script. It was great. I more or less thumbnailed everything (if not, they are in my head). It was pretty awesome. I drew, coloured, and finished some pages. Some of them have to be my best pages yet. I can’t wait to show you.

1. Remember A-Levels; the exam thing that forced TWiDI into a one-year hiatus? I got my results, and….they are pretty fine. Imagine KC Green’s ‘I’m Fine’ Dog but with less fire, and actually no melting.
2. Because my results were here I had to complete my final application to the unis I wanted. I’m lucky that so many sent me conditional offers, with grade requirements that fortunately my results achieved. One of those offers was the uni I wanted to go. Cue nervous suspenseful wait.

February:
While waiting I did more pages. I swear I did some of them. You could say I did nearly half of the chapter at various stages.
3. Not long after, around the first week of February: the uni I wanted finalised my offer (it was super slow though, slower than the second option, especially for a top uni). HOORAY! YIPPEE!!! MANY TAP-DANCING FLAMINGOES.
4. But guess what: I only had two weeks until I HAD TO LEAVE. And by leave, I mean: LEAVE THE COUNTRY AND MOVE INTO ANOTHER ONE. 8 HOURS AWAY. BY PLANE.
5. I didn’t have my visa yet (they don’t give out visas until you have a confirmed enrolment). I didn’t even do the things that you’re supposed to do to get the visa (because they don’t let you do it until you have a confirmed enrolment). No air tickets. Nothing.
6. Two weeks of frantic hell. But things worked out. We had to leave before Chinese New Year though, which was sad. I didn’t like the idea of not celebrating Chinese New Year at all. But white people unis, what do you expect? Starting orientation on the FIRST DAY OF A MAJOR RACE’S NEW YEAR.

February, March and April:
Settling down, adjusting to a new country, getting used to living on my own. Yes these are the things that held me down. I couldn’t sit down to focus on getting a page completed. There were many overwhelming things. And uni, so far, even though the schedule’s been good (haha it’s my doing), is organised chaos. At the moment I have a backlog of readings I’ve to finish, but luckily it’s usually the stuff I like to read.

So basically. All of this new stimuli has been drowning me. Which is why you guys don’t have the new chaplette out yet. SORRY SORRY. The situation though feels more like my school years, in a way, so I may be able to figure something out. No hiatus guys. One year has been incredibly long and incredibly enough.

2 thoughts on “Intermediate III | The Serenity of Silence”