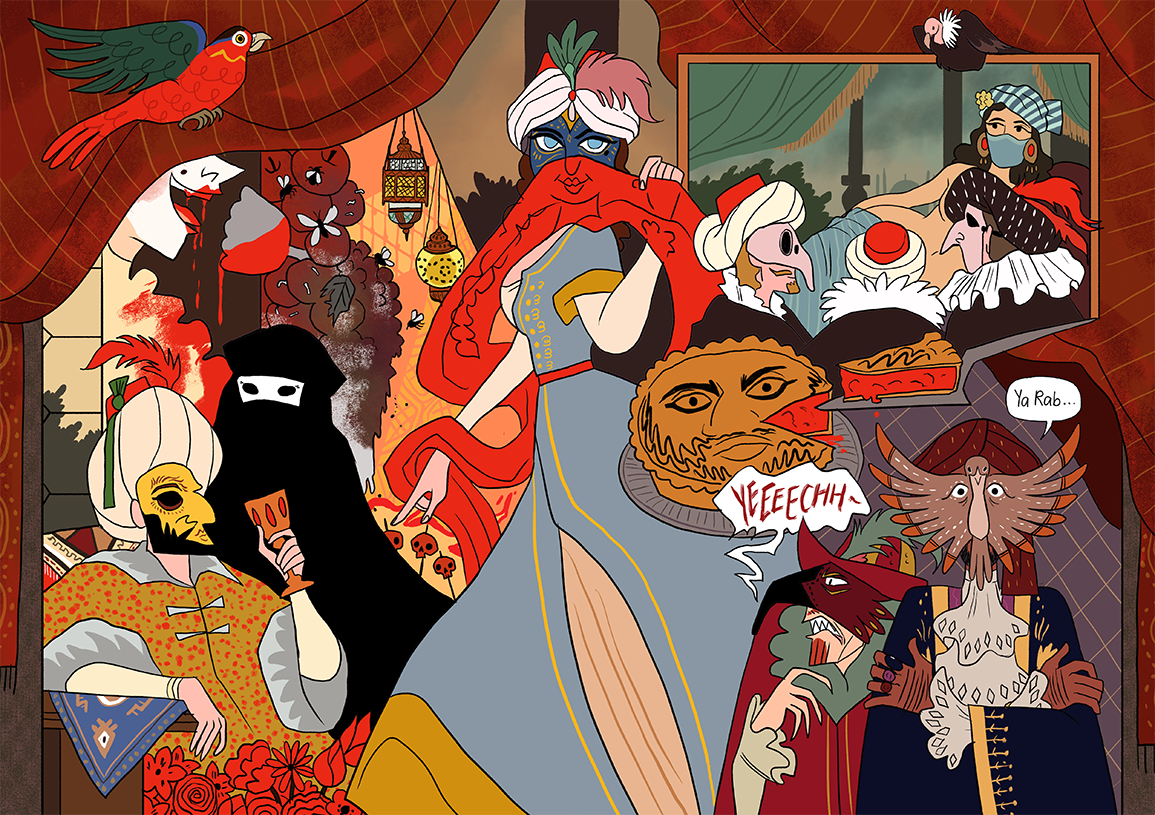 This is probably the most viscerally gross illustration I’ve ever drawn. Have fun picking up the orientalist and colonialist exotic BS hidden in this.