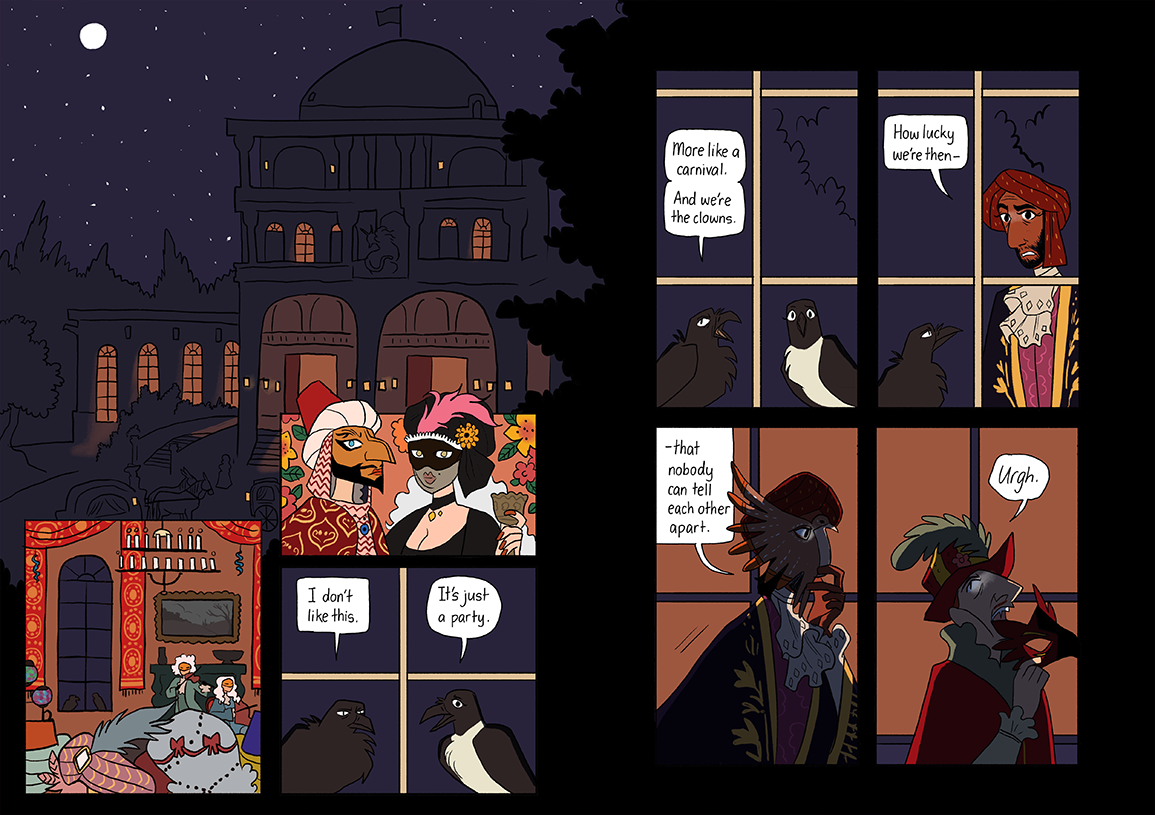 The strongest throwback is definitely Chapter 1. The blue kaftan is in the shade that represents him and his father, lined with yellow tulip embroidery similar to Ayse’s, the waistcoat is exactly the same design from the time he embraced becoming a carpet merchant, his cravat has the same pattern as Ayse’s coats. The red turban is something different, though fun fact: the word for tulip comes from a cultural mistranslation – the tulip is called lale in Turkish, but in English it’s derived from the Turkish or Persian word for turban. Because apparently they have a similar shape! Funny, funny. I draw mine more like a rose though. Anyway, it’s more of the red flower symbolism you see over and over again in TCM.

I added more stuff at the hem of his kaftan to make it prettier (you’ll see how it looks in the composition later). I am SUPER into the concept of a vampire in gorgeous, embroidered capes. None of that boring black and red capes nonsense. It’s FLOWERS all the way! This is really old concept art, from when Vol II was in the planning stage. The boys’ masks are symbolic to them.
Zeynel as the ever-present nightingale – his mask is meant to cover his entire face, so as to hide his identity (in a party of white people dressing up as Turks!). It’s a unique design, with no historical equivalent or basis.
Mora is given a plague doctor mask with a more hawk-like shape, representing his (former?) predatory nature. What’s more interesting is his masquerade outfit; if you remember a scene WAY BACK that featured Karagoz and Hacivat, this is who Mora is supposed to be. Karagoz.
Alfie is fun – he’s got a volto mask (also known as the ghost mask). Obviously it fits the immediate situation, given its Grim Reaper vibes, but the Grimsley family is generally associated with skulls.