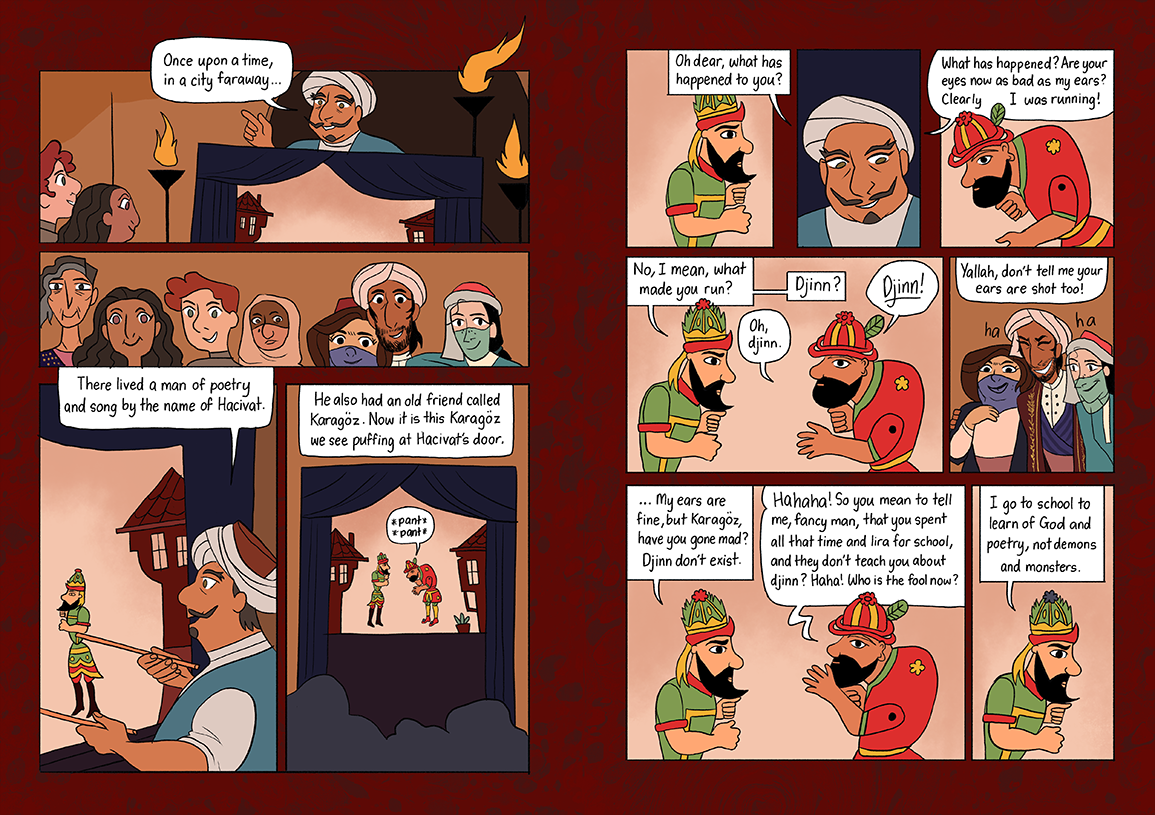 Karagöz and Hacivat are the lead characters in Turkish traditional shadow theatre. Much like Punch and Judy – the play depicts the interactions between the rash, impulsive Karagöz and the collected, educated Hacivat, and the situations they are placed into together, often ending hilariously because of Karagöz’s behaviour.

The play is split into four acts:
Giris – Introduction – Hacivat opens the play, usually with a prayer and a song.

Diyalog – Dialogue – Interaction between Hacivat and Karagöz. The setup of the situation.

Bitis – Conclusion – The wrap up of the situation. Hacivat gets mad/frustrated that Karagöz has once again ruined everything. Karagöz ends the play by asking for forgiveness, from Hacivat and the audience.

An Evening with Karagoz and Hacivat from Ali Vural Ak Center for Global I on Vimeo.

Here’s a video! I like it a lot because it’s a version of the play that’s spoken in English, but still true to form/theme. Skip to time 20:30 to watch the actual play, but if you’d like to watch the first 20 minutes, Prof Long talks about the history of shadow puppet theatre in general, and then leading up to K and H.