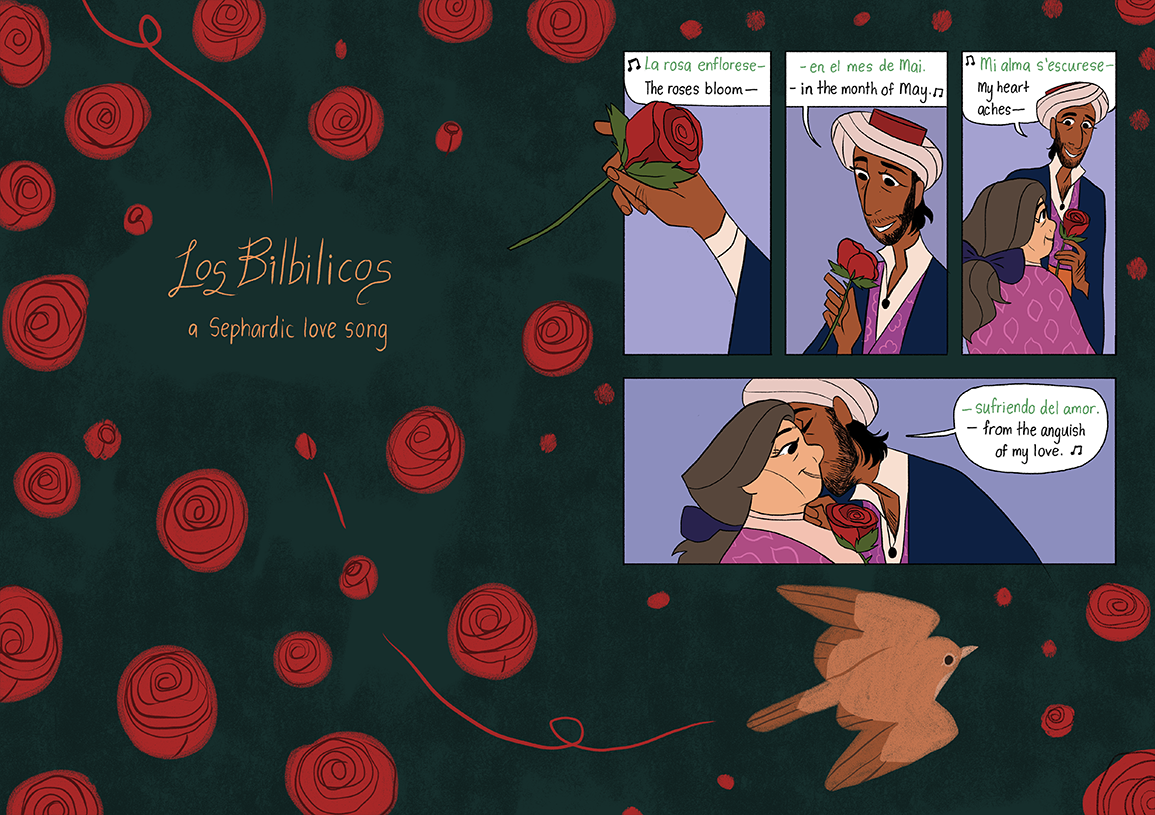 Los Bibilicos/La Rosa Enflorese
The Nightingale, or The Rose Blooms

is an old Sephardic folk song dating from the time of their expulsion from Spain (and most likely before). Zeynel’s a direct descendant (5th generation) of these Sephardi refugees who ended up finding their home in Istanbul. There’s some backstory material in my head regarding the last three generations and the changes that happened between them, but to make things simple: he’s from an intercultural family background. He’s brought up closely with the paternal side of his family and is formed by it, hence Papu Yosef’s appearance in this chapter. Plus this context also explains his family name, deCordoba, and a bunch of hints I dropped in Chapter 1 about his family.

This chapter is about Zeynel’s journey to the past. He thinks about storytelling, the people in his life who made him, and the place where his family originated. These thoughts about history are transformed into hopes for the future, as he begins life anew in a new place. It feels like a lot of nothing for 50 pages but I promise you, the upcoming Chapter 4 is going to make this make sense. I’m excited for it!!

Anyway, there’s…a lot of the nightingale’s song and rose going on in this story. Stay tuned.