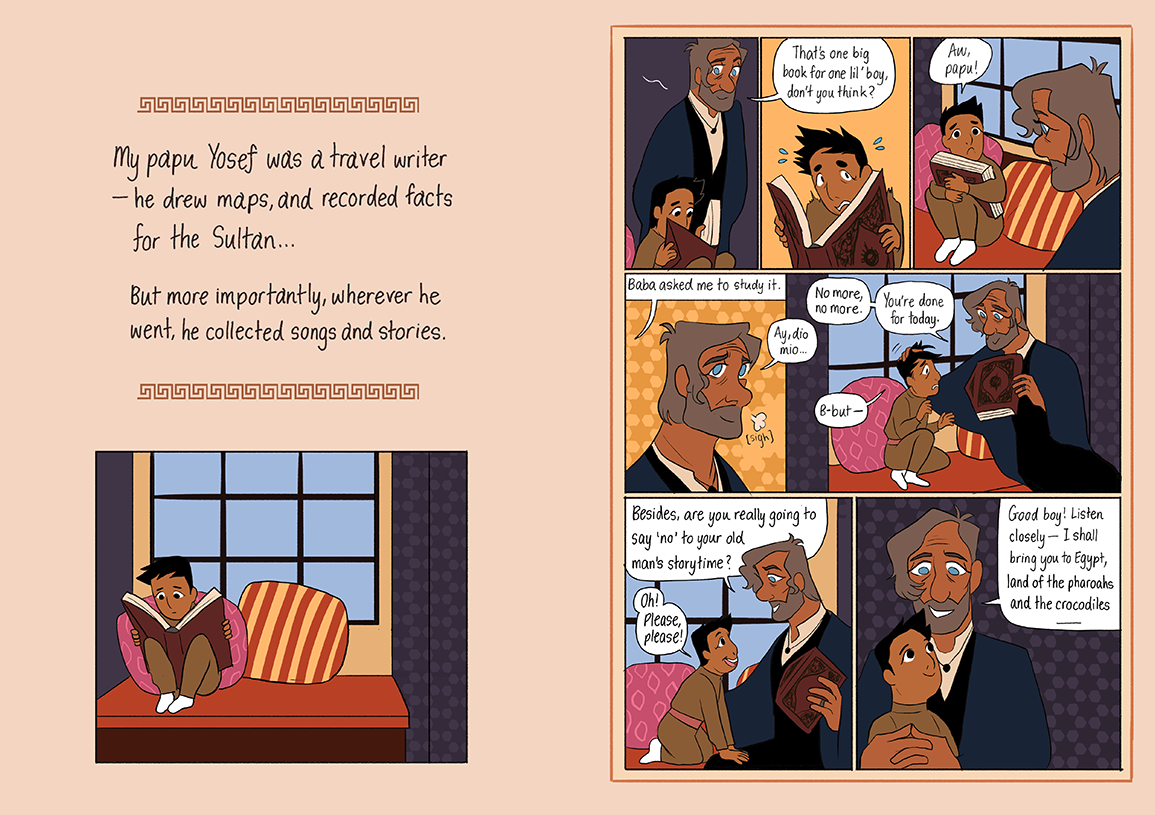 Yosef deCordoba was a nobly built figure, made by his own hands. Like most of his family, his legacy was in the pen and paper, but in his youth he took that extra step, and wrote his books beyond the four walls of the temple and university. That was what made him special, and what brought him to the attention of the Sultan. The Sultan and he had a brief friendship, supported by nothing else but folklore and fables in the guise of map-making and territorial intelligence. But Yosef was a free-spirit, who longed for the world, and the Sultan a homely figure, confined to the regular chaos of his palace in the city (who could blame him?). So they parted on good terms, and their conversations transformed into cordial letters, which faded over time.

Years and years later Yosef’s journey around the world ended in Istanbul. He couldn’t say he was totally surprised. He had felt it halfway in his travels, as he rowed across the canals of Venice, when the water looked less like Italian waters but more like Turkish ones. Everything was bringing him back to the city. The city he grew up in, and the city he will grow up in again.

What he had been was a storyteller. They may call him a historian, or a travel writer, which were not wrong. But they missed the point. Stuffed in between the lines of architectural description and quirky customs were the stories of the people who lived there, real or fantastical. He spent his entire life collecting these stories, and telling them to whoever was interested.

But no one was as enthusiastic as his youngest grandson. The boy had a big mind for his age, for facts and figures and ideas; yet he had a special hunger for heroes and villains, princesses and sealskins, wandering mullahs and moralistic animals.

Nothing gave Yosef more joy than sharing the fables of his travels with his grandson, the one who he quietly viewed as the true keeper of his legacy. Not simply of the pen and paper, or of the university walls the deCordobas have built with their intellect. But of an insatiable curiosity, of a ceaseless empathy, and of the passion for the unfolding tapestry of life.