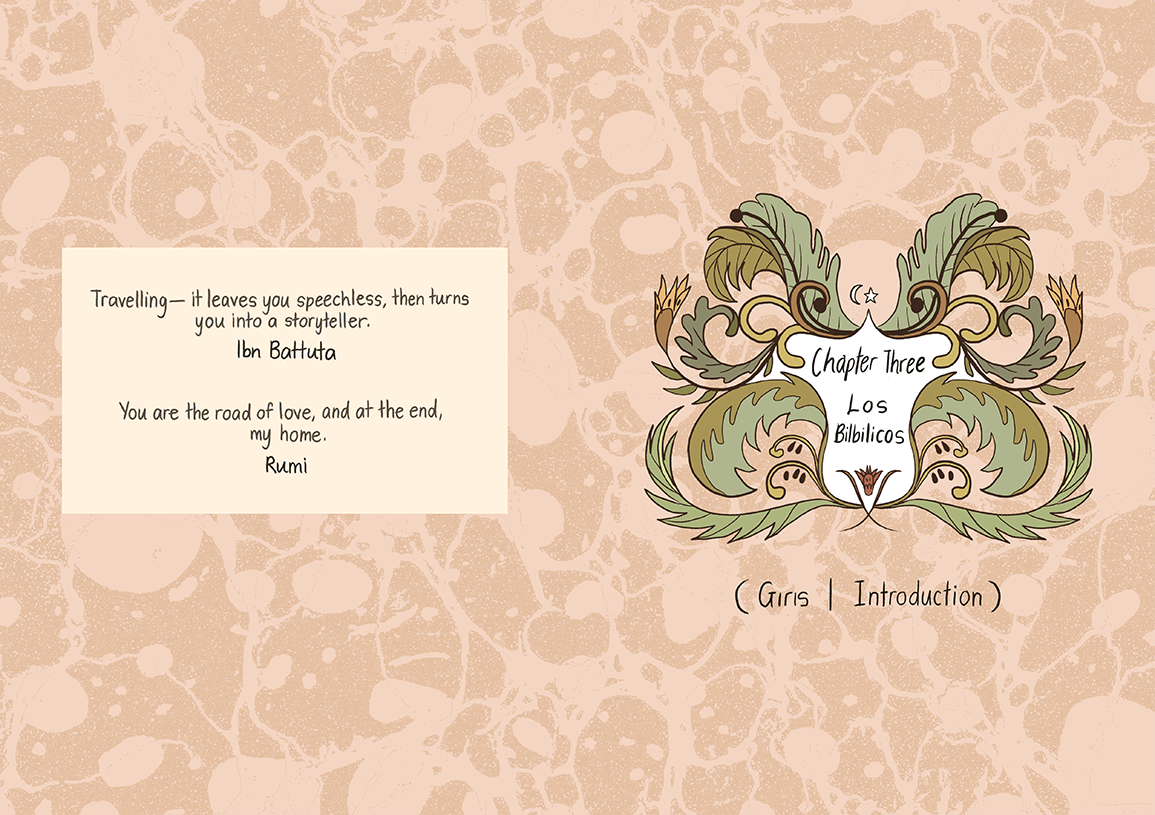 I wanted to begin with some quotes following the style of old-timey writers (Mary Shelley being an example, she quoted the myth of Prometheus (this is also the inspiration for my choice of subtitle for The Carpet Merchant), and boy oh boy, was it meant to be. I stumbled upon these quotes by the medieval travel writer, Ibn Battuta, and the Sufi poet, Rumi, really quickly, almost as soon as I thought ‘hey let’s get some quotes’.

I originally wanted just one quote, but I decided to use both, as I like how they form a piece together – about a storyteller who travels the road of love, in search of home.

The Carpet Merchant is about one such storyteller.

Los Bibilicos translates into The Nightingales.

You’ll see its relevance at the end of this chapter.