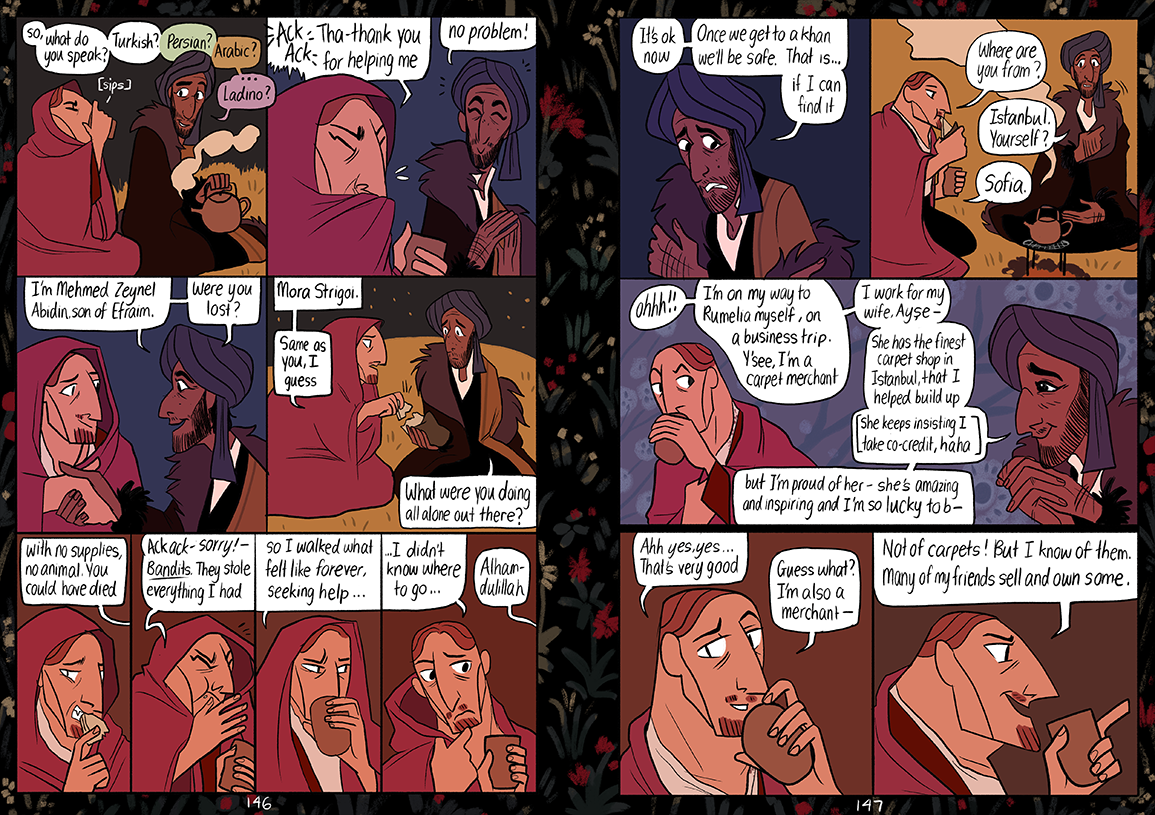 I find his ‘No Problem’ the funniest thing because, dude, didn’t you just have a guilt of conscience?

But anyway, as mentioned earlier, this boy sure knows his languages!
Also AAA that panel of him gushing over Ayse is the cutest thing I’ve ever drawn and written. Zeynel tends to get giddy when talking about people/things he is passionate about, and Ayse is at the top of his list. The caravanserai (khan) is a pit stop for travellers and their animals on their way between places. It’s fitted with an inn, a place to sleep – both animal and human – , and all the basic necessities.

Also Mora Strigoi is like the dumbest name ever. It was initially a placeholder name while waiting for a serious alternative, but it grew on me so… it’s a thing now. Too bad Zeynel doesn’t know what it means so he can’t appreciate 1) the joke 2) the foreshadowing