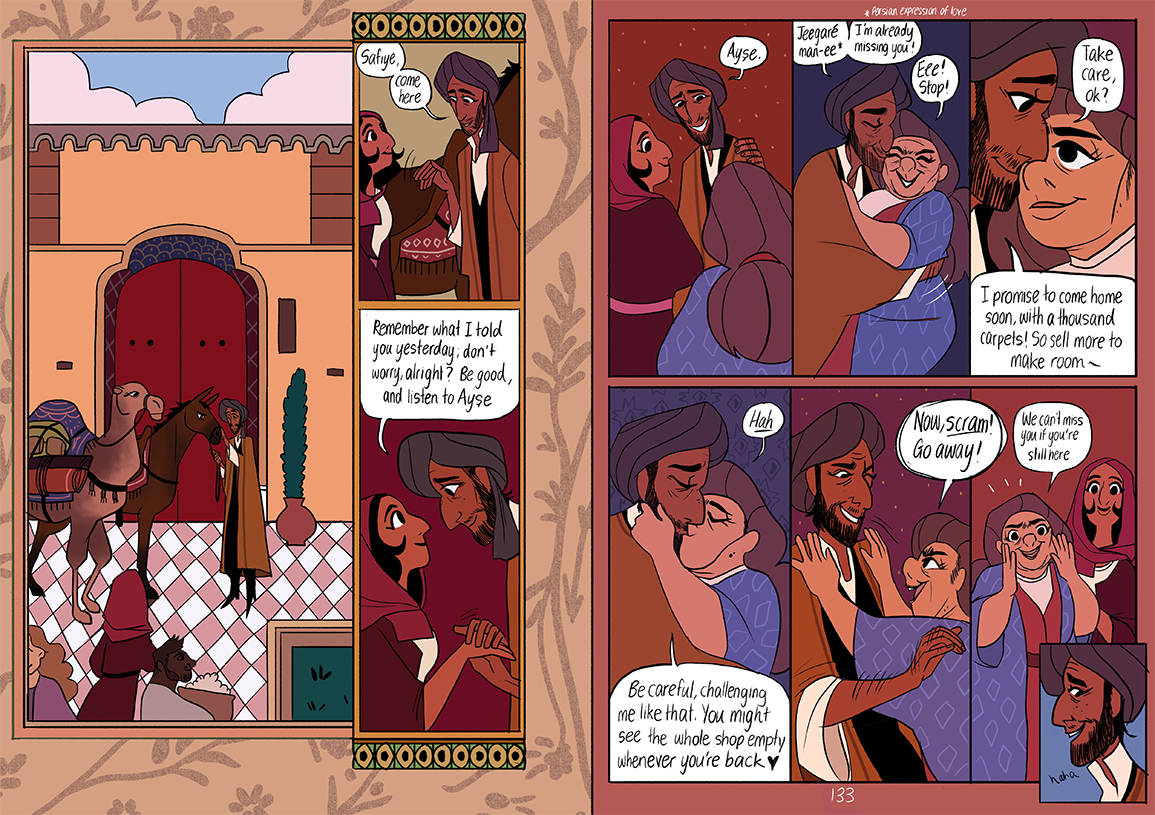 Jeegare manee is the Persian/Farsi equivalent for ‘I love you’, something in the likes of the Spanish ‘te amo’ but the gist of the literal translation is something like ‘you’re my liver’. They associate the liver rather than the heart for strong feelings of love/affection (I’m not sure if this is a specifically Persian thing, because in Malay the word for liver is also used for the same thing, though the similarity could be due to cultural transmission).

And if you’re curious about why Zeynel is ‘suddenly’ speaking Persian, it’s an academic language; he had to learn it for school, to study literature. (Formal) Ottoman Turkish is also heavily influenced by Persian, so there’s a link. Anyway coming from a highly-educated background, he had to learn 3 languages (Arabic, formal Ottoman Turkish, and Persian), besides colloquial Turkish and Ladino. This is of some importance later.