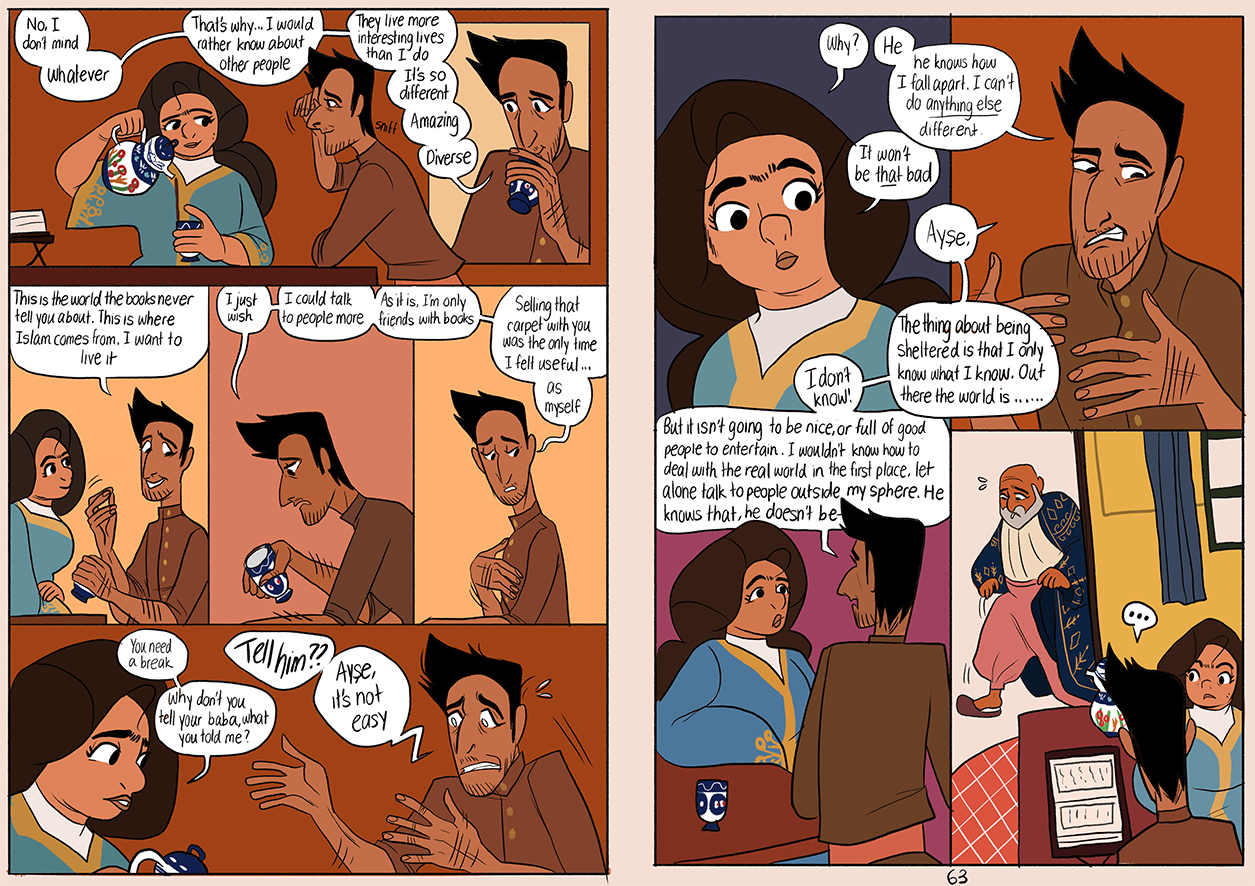 There seems to be something deeper behind his social anxiety than is revealed….BUT since this is not something I would let him talk about (not in his first confession to Ayse!!), guess you all will never fully know. But basically his family recognises he has this problem, and his father tries to protect Zeynel so it doesn’t get any worse (because, for us all with social anxiety, anything that is considered ‘negative’ in a social situation would be good cause for never speaking again). The good thing is: his confidence is still preserved; the bad thing is: it doesn’t get fixed.

I’m planning on other ways to talk more about his anxiety, especially when contrasting it with Grimsley’s easy social confidence (man I haven’t talked about Grimsley here in AGES), who is similarly competent with Ayse but with less patience. When Zeynel gets older the problem is still there but he’s keep it on the down low, just enough to get by and give the impression he’s ok. Close the door, and he wants to go to bed and not speak to anyone for the next few hours.