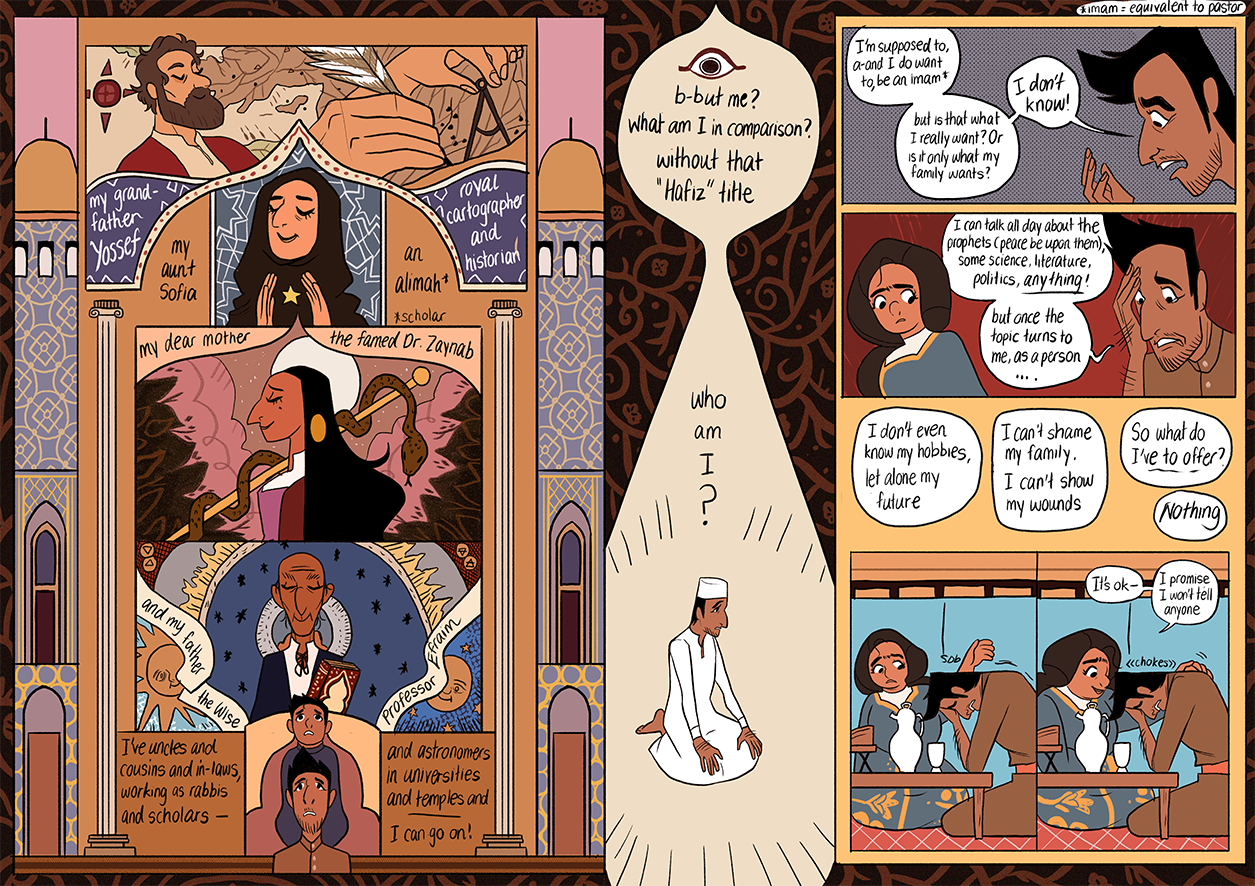 Zeynel has had an extremely complex family history, and I could go into much detail about how his paternal family arrived from the Iberian peninsula and then eventually assimilated into Istanbul, and how his maternal family arrived from Persia and also assimilated, meeting at the point when Efraim and Zaynab were in university (not the same institution!!). Literally most people Zeynel knew were educated people – sometimes he sees those from court and that’s super scary – and everyone is academically accomplished. It only makes sense to follow from there. Especially if you are the eldest son of a highly-in-demand teacher, and a sought-after physician, with a talent for speaking (or BSing when the situation calls for it), languages (at this point he knows 4 (Turkish, Arabic, Persian and conversational Ladino), with more in the future) and reading (and memorising).

Additionally Ayse has an equally interesting family history as well. Though I think it’s simpler? They were just generations upon generations of nomads travelling across Western Asia before they settled where they are now some 200 years back. Her father is the foreigner son of the fruit merchant (but was educated by third party means) from the capital who somehow got married into this family, and that’s also another interesting story (following up from his run-in with Efraim). SO haha now there’s a connection………

Not to mention Zeynel and Ayse’s future together, which is also another interesting thing and which we will only get glimpses of later.

AHH!! Too much backstory info. I don’t plan to produce a second Carpet Merchant(s) of Konstantiniyya until 1) I acquire money 2) I acquire the right artist/co-writer (which is the important condition). After all TWIDI is such a huge story, and Zeynel is only part of it.