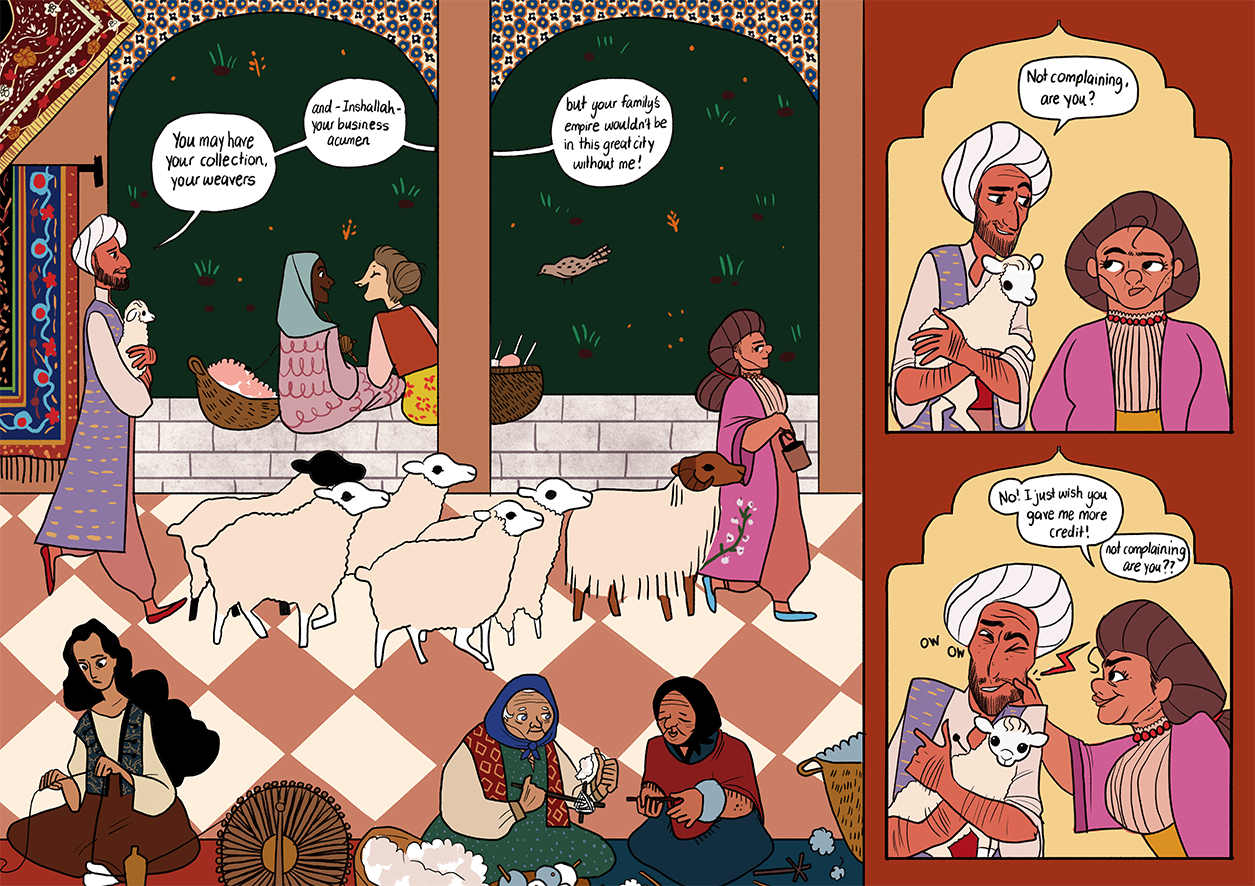 Seriously though, it’s pretty cool how Ayse is the boss lady for her business. Such a thing is possible and even accepted in this kind of society (though due to lack of detailed documentation of ordinary Osmanli life (lots for royalty!!) it can go the other way as well, but it’s generally ambiguous). On a related note, the Prophet’s wife Khadijah (pbut) was a renowned businesswoman as well, and he was something like her employee, so there’s justification, at least in scripture, for the existence and possibility of this kind of relationship.

There is some nuance between Zeynel and Ayse’s professional relationship, but basically they are co-founders/owners of this carpet business. Both of them are carpet merchants, but Zeynel does the selling and ‘going out to other places to propose a contract with carpet producers’, while Ayse manages everything else, and filling up gaps when Zeynel is away. If you ask them though, Zeynel would say Ayse is THE business. He’s just her helper. Sure is a fun fact!!