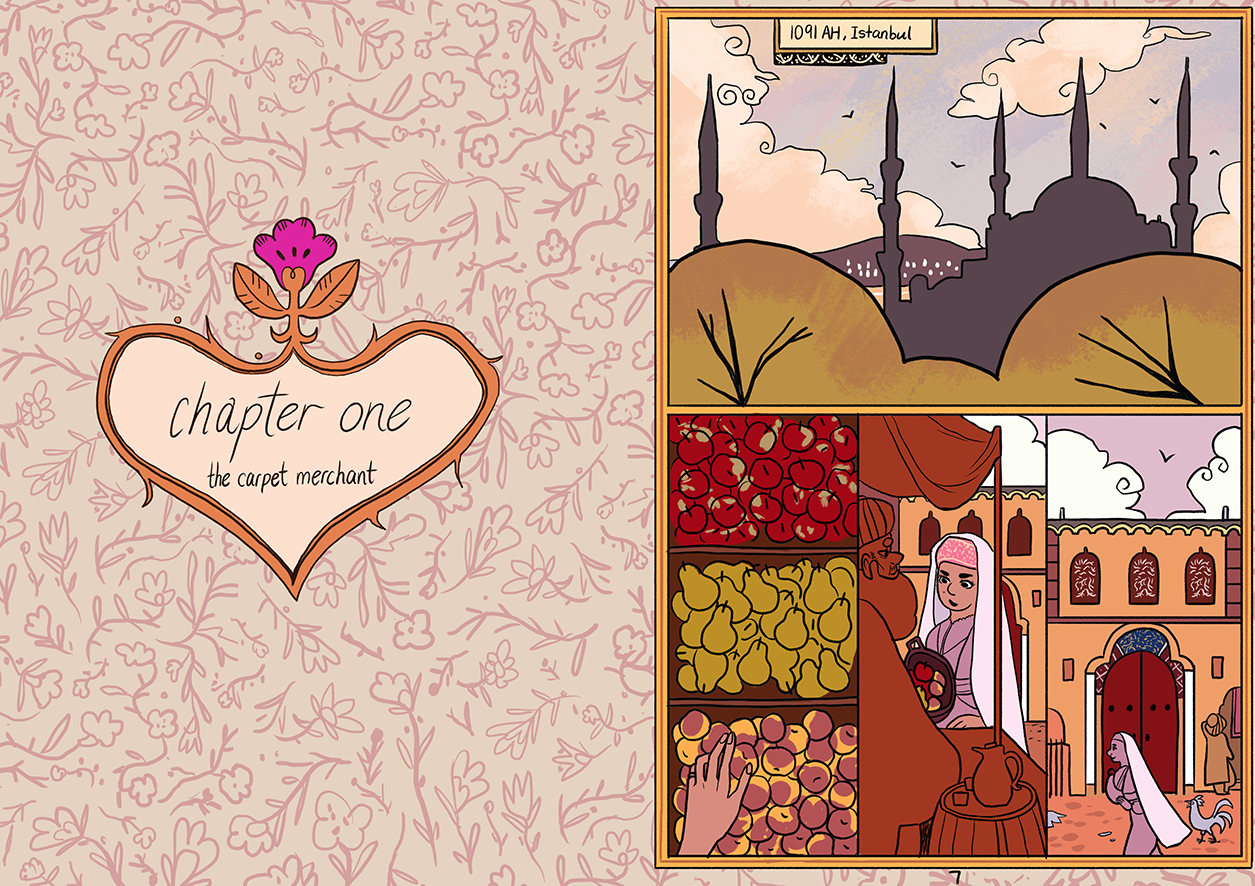 And so it begins!!

AH means After Hijrah (basically like AD), to count the years since the Prophet (pbuh) left for Medina. I did some fun maths to line up 1680 AD with 1091 AH – I haven’t done algebra in like eons – and I had to account for the missing days (since the Islamic calendar is much shorter than the Georgian – relying on the moon rather than the Earth’s revolution around the Sun – so I had an excess of about 10 years).

The style in which I’ll be working from now onwards is 100% an adaptation of Turkish/Persian miniature into comic form. This is really an interesting experiment for me, since I haven’t seen a comic done before entirely in this style (or you know, with the internet being biased, I just haven’t found it yet) (also I know Habibi exists but it’s different). There are already animated movies made like this – Richard William’s masterwork The Thief and The Cobbler, and the upcoming The Breadwinner from Cartoon Saloon, for example. It’s such a rich resource to pull from, and I’m just hoping…that more indigenous people from the region (or part of the diaspora) are/will be making comics about their history, both cultural and narrative. And if you are please tell me so I can support you!!