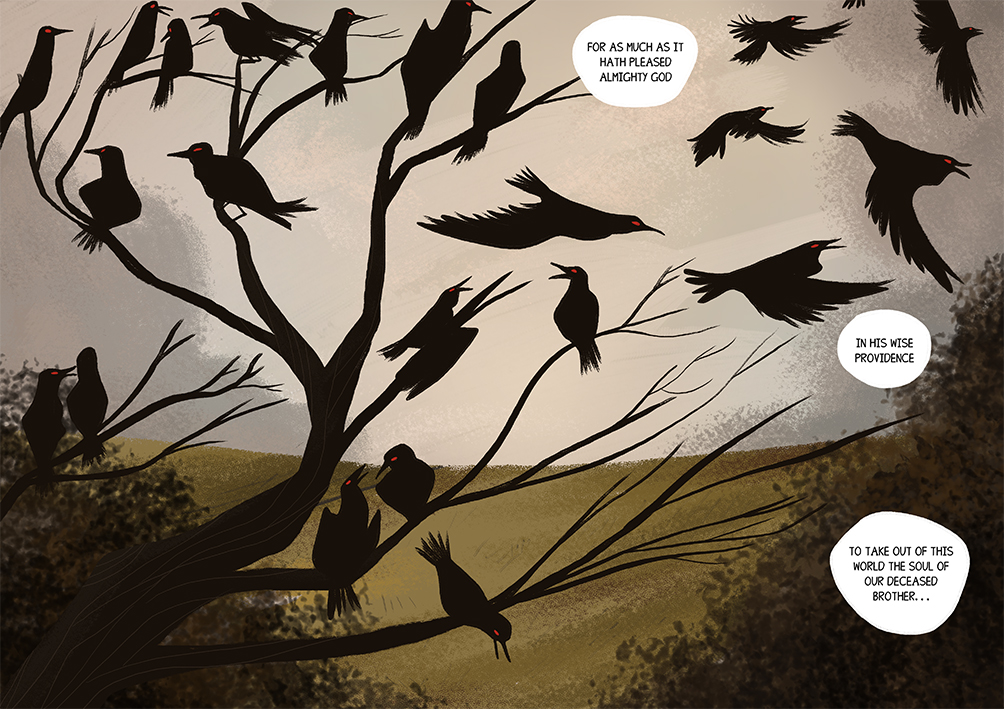 For this chaplette I am fully utilising this technique I’ve decided to employ for TWiDI; a mixture of lineless backgrounds under lined characters. In a way it’s kinda the same style of a lot of modern 2D animation, which is also more or less how I wanted the comic to look (but the animated movie in my head was Sylvain Chomet’s The Illusionist, which has inked backgrounds, but inked backgrounds, especially of that detail, take me forever and make me cry). But until I get to that point, it’s this then!

This spread is inspired by the romantic picturesque aesthetic of the early Victorian era, of the kind that the cult of sensibility would enjoy. Dead trees, expansive hilly fields, dramatic skies, and a muted palette to top it off.