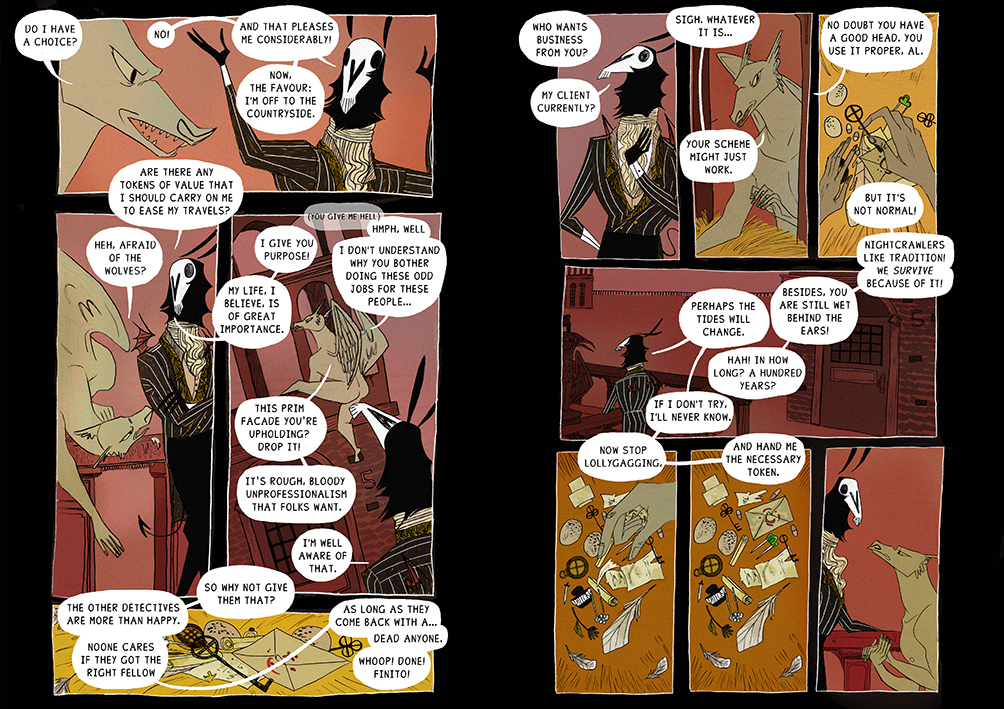 Nikolas owes Grimsley a thousand favours (or more) and thus has really, really no choice because he hates debts, even if he hates Grimsley more.

As of this period, Grimsley is the only proper, functioning detective, in an industry full of dunces and quacks and senseless irrational murderers.

Also OMG just last week, on Monday, TWiDI happened to be in some webcomic directory, and just got categorised into the Furry genre. I mean, HAHAAHAAHHAHA OH MY GOD NO NO. I don’t have anything against furries, but calling Grims a furry is a misunderstanding of what he actually is, and gives the wrong idea about what this comic is about.

For clarification, Grimsley is not an animal (not a llama, not a bunny, not a crow, not a horse), nor is an he anthropomorphic animal, and following that, he is not a furry. He just happens to be a bipedal DEMON who borrows characteristics of a donkey, which is pretty much how it’s always been with medieval devils/demons/monsters that borrow real-world animal features such as goat horns and snake tails and hooves and all that stuff.

So, no textbook definition of a furry here. Don’t mislabel!