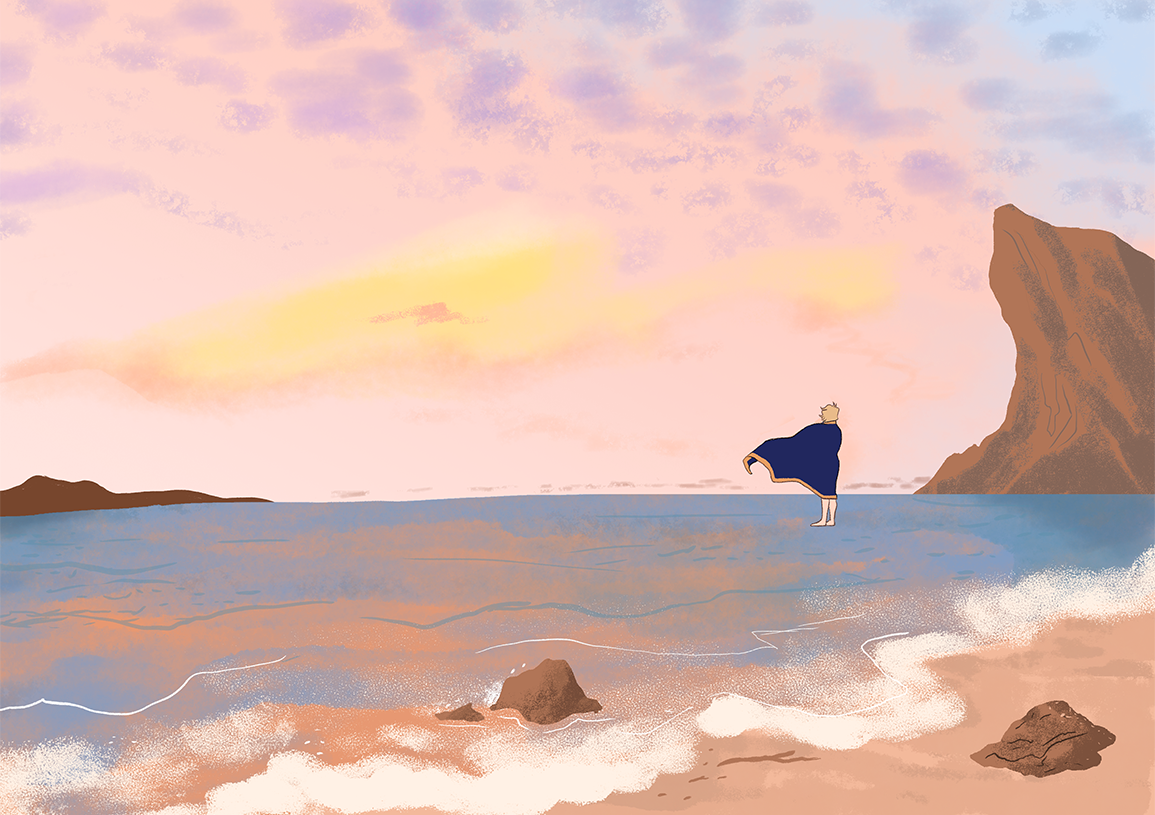 Long ago, there was a young man. And he had forgotten the sky.

He didn’t know how long he was inside that cave for. It felt like a few weeks, months, years, an eternity? No, he realised, it can’t be an eternity. He knew what eternity was. What he was completely unfamiliar with was the passing of time.

Being in that cave, knowing nothing but the pounding of rain outside, the flashes of lightning, the roar of thunder…it overwhelmed him. It didn’t frighten him. He had other things to be frightened of now. Mainly, the growing tendril of guilt and heartbreak and regret in his heart.

However long the storm took, it came to an end. One day, he found that, for the first time in a while, he could hear the beating of his heart. He found that he could see too. The cave had shed its mourning veil of black, and returned to its original orange cloak. Wary, with trembling legs, he walked towards where the light was strongest. When he emerged, when he saw what he saw, he couldn’t help himself. He fell onto his knees.

It was the sky.

Oh, that beautiful and terrible expanse. That shifting veil that encases everything ugly and amazing and painful and joyful, now a reminder of his exile.

Looking at it, he felt sadness, yes, the same sadness that became his companion in the cave. But now it was making way for something. A sense of beginning.

It beckoned him forward. Where to? Everything and everyone he once knew of was gone. There was nothing else around him on this beach. Where to then? He didn’t know, but there was only one way to find out.

He took one step forward, towards the sea. To his surprise, he didn’t have any trouble at all. That was good; he wasn’t in a mood for a swim. With some joy, he continued walking, his eyes fixed on the horizon. Then he ran.

It was too late to fix the past.