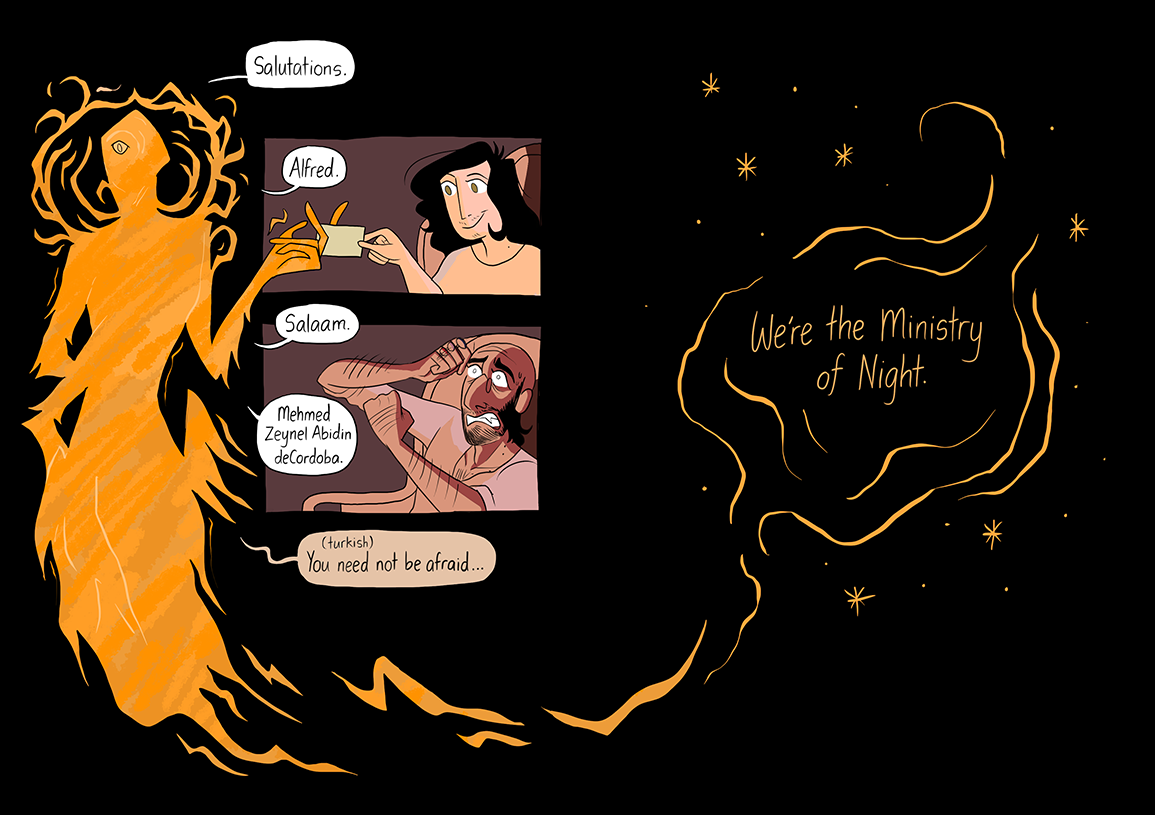 Come, my child, sing sweetly a sonnet of pixies and demons.
And follow the violin, where yonder your deliverer awaits.
Do not fear the mystery that repels.
Welcome to Night.

AND HERE IT IS!! The connection between The Carpet Merchant and The World in Deeper Inspection! Again, wow, I’ve been waiting SIX YEARS*, introducing all the main characters, revealing Brookham slowly… and now the story can begin.

I’m excited to show you what I’ve in store. The next story will be something of a sequel to The Carpet Merchant, with the same characters (Alfred and Zeynel), but also not a sequel in that the heroine of that story is someone we haven’t seen yet, and it focuses more on the Grimsley family, Brookham, and the lore in TWiDI.

I can’t confirm when the story will be out, as I’ve a lot of other projects to juggle, but it’s happening. Hopefully sooner, rather than later.

Thanks to all the old readers who have been sticking around since the Prologue.

Music (The Ministry of the Night) by Eli Rainsberry

Remember, the crowdfunding for The Carpet Merchant Vol I Graphic Novel is still ongoing. Pledge to get a copy and other rewards! https://unbound.com/books/the-carpet-merchant-voli